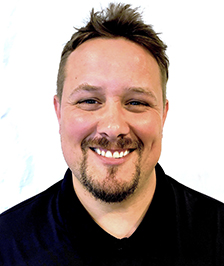 Drew Jones is a trusted roofer in Denton, TX, and serves Denton residents and surrounding areas with unmatched roofing service rooted in trust, honesty, care, and always seeking to be of service whenever and wherever possible.

Drew has been a lifelong resident of North Texas. Born in Dallas and raised in Richardson, he graduated from Lake Highlands High School in 2000. Drew then attended the University of North Texas where he earned his Bachelors of Fine Arts, majoring in English Literature, while minoring in Philosophy. Throughout both high school and college, Drew worked in the restaurant industry. It was in the service industry that Drew discovered his passion for being of service and anticipating the needs of his guests. This passion to care for clients, in all forms, has been the driving force behind his entire professional career.

While finishing college, Drew also developed a love for landscape construction and maintenance. His love of and appreciation for the natural world greatly influenced his career path. After graduating, he took a position as the Maintenance Division Manager for one of Dallas’ premier landscaping firms. This opportunity provided him another means by which he could serve a client base. Trust, candor, and care were the core ideals Drew sought to strengthen and affirm the service of an ever-expanding clientele. By serving not only his clients, but their homes as well, he found himself able to pursue his passion of service and his love nature at the same time.

After 10+ years in the landscaping industry, Drew, and his wife Natalie, felt the Lord lead them towards the exploration of an entirely different industry, roofing. After much deliberation, counsel, and prayer, he joined the Advent Roofing family in April of 2019. Since that time, Drew has grown in his knowledge and understanding of the roofing industry. As his awareness of the industry grew, he began to better understand why God had spurred his heart towards an unknown field. The opportunity to be of genuine service while employing ideals such as trust, candor, and care was the reason why Drew had been called to an industry with a "black sheep" reputation of questionable practices and distrust.

Drew's desire to provide the very best service, with his roofing client’s best interests at heart, is what makes Drew a leading roofer in Denton, TX. Drew seeks to bring a family dynamic to every client, and his goal is to serve his client's family and care for their home as it were his own.

Request a FREE inspection of your roof today!